What I’ve found is that online, an ad’s power is diminished as soon as the user realises it’s an ad. Many publishers have been trying to disguise their advertisements so they won’t look like an advertisement at a glance. They know this will make their ads more effective. Here are some of the methods I find publishers doing most often.

The name native advertising gives a sense that these advertisements are natural and not imposing. Native advertising is when an ad resembles the publisher’s editorial content, but has actually been paid for. Since it’s so easy for consumers to mistake these ads for content, they tend to have higher click-through rates and receive higher engagement rates.

Many online websites, especially social media platforms, are replacing native advertising with ‘sponsored posts’. Like the native ad, the consumer believes that they’re seeing this content because they’re following the company behind it. The reason it can be hard to identify these ads is because social networks are following the trend of using a small, light ‘sponsored’ note above the advertisement. Facebook and Instagram do this, while Twitter uses a ‘promoted’ note at the bottom of the post. It’s easy for a user to overlook this note when skimming through a newsfeed.

Influencer marketing has really taken off. These influencers aren’t necessarily famous people, but rather they are people who’ve built their entire reputation through their online activity. There’s strong transference power in using influencers instead of celebrities. This is because consumers feel more connected to influencers, and are therefore more likely to believe that their product promotions are genuine.

Internet users tend to overlook ads that look like ads. They’re more likely to click an ad if they believe it’s editorial content. But that doesn’t mean you should go about disguising your advertisements. The Federal Trade Commission issued the requirement that online marketers must be transparent about their advertisements. That means that ads must be identified as such.

Have you seen better click-through results from native advertising, sponsored content or influencer marketing? Do you believe that ads should be more transparent? Share your thoughts below! 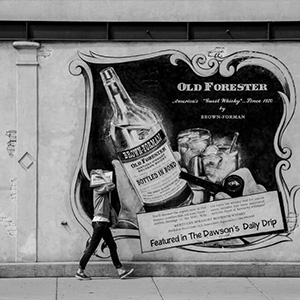 Article Name
When Ads Don't Look Like Ads
Description
How do you measure your ads? Here is a look at some effective online advertising methods that are becoming popular today.
Author
Ivy Buddee
Publisher Name
DigiGround
Publisher Logo