By now everyone in the world knows who Metallica is. Thanks to their Grammy performance last night with Lady Gaga, they have once again been thrust into the mainstream’s eye. The performance was hit or miss, with James Hetfield’s microphone not working (check him out kicking it over at the end of the song) but the story of Metallica is actually quite fascinating. They are a heavy rock/metal, whatever label you want to apply to them band, that has managed to stay largely in the public eye and relevant for the better part of 33 years with their first record (Kill ‘Em all) being released in 1983.

It wasn’t always peachy and it wasn’t always roses. They had a very public falling out with their original guitarist (Dave Mustaine who would later go on to form Megadeth). In 1986 Cliff Burton (their bass player) tragically passed away after a bus accident while on tour. There was the widely publicised feud between Metallica and Guns ‘N Roses front man Axel Rose. There was a GIANT media storm over Lars Ulrich (the drummers) pursuit of the illegal file sharing software Napster (I have very strong opinions about this, but that’s for another Blog). And, there was their falling out with their “new” bass player Jason Newsted, who had been part of the band for about 15 years and so on and so forth.

That’s right, you heard me. Geniuses.

Metallica. Not just a band.

Now, it’s pretty well known all the world over that musicians see very little of the money from the sale of their records. Actually the evil that is record companies take all the money from the hard earning musicians, and the poor musicians end up with about $1 from each record sold. This sounds pretty okay when the band has sold hundreds of millions of records like Metallica right? Well, think about it like this. You create something that you and only you have created. You pour your heart and soul into it and then you make $1 every time someone buys it, while the people that actually own what you created make $3. Sounds like a raw deal right?

Throughout the past 30 years Metallica has been working to change this. Most modern stars are complete works of art by a record executive. They’re images, songs, recording, timetables and everything else are tightly controlled. Metallica does not and has never accepted this. Instead they’ve been strong enough to say to record labels that owned them, they’ll be doing it their way. The record labels have accepted it, because they continue to make money. Metallica will continue to push the boundaries of their industry by recording albums that no one thinks will work. For example Symphony and Metallica (a concert in which one of the hardest bands on the planet plays some of the hardest songs on the planet with an orchestra!) and Lulu an an album recorded with Lou Reed (from Velvet Underground).

The record companies do what Metallica says because they are confident in what they are doing and they are making money.

What the record company didn’t really realise was that Metallica was building their finances, building their ability and building their reputation to basically take over management of themselves. And in 2012 they started the company Blackened Recordings. Blackened then purchased ownership of all the rights to Metallica songs and albums and have reissued the albums through this label. So now, instead of getting $1 per album sold with the record company taking $3, Metallica themselves are getting $4. Not only that, they keeping all the ownership rights for themselves. That is, t-shirts, movies and all other memorabilia that has the Metallica name. This means they are in complete control of their brand, the music and themselves.

Since taking over ownership of themselves, they’ve continued to invest shrewdly and generate revenue and income for themselves. They’ve had a semi successful version of the Band game Guitar Hero released, and just last year have released another successful album.

Metallica is a lesson for everyone in every industry. Don’t let other people control your product, your name or anything you do. Make sure you are in complete control and you’ll be better off for it.

Subscribe to our blogs for more useful business and marketing tips! 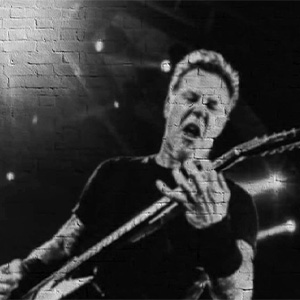 Article Name
Brand Metallica
Description
Metallica is not just a band. They're a brand, with a great business model that gives them control of their assets and choices. Find out how they did it.
Author
John Luhr
Publisher Name
DigiGround
Publisher Logo