We all know, apps are becoming the norm for everyone. Apparently, people use on average 10 apps a day, and 30 apps a month. I read this somewhere, and I can’t really remember where.

It’s becoming increasingly important for businesses to have an app. But to create an app, you need to be a developer.

The world is filled with stories about a stay at home mum that had an awesome idea for an app and then made a billion dollars. But, these stories always leave out the middle piece. The creation of the app.

And so, I’ve decided to fill in the middle part for you in a series of blogs to make it easier for everyone to know just how hard making an app truly is.

It starts with an idea. Everyone has an idea. I attend so many events in which people ask me “What do you do?” and when I say, “I build apps” the most common answer I get is “I have a great idea for an app.” Everyone has an idea. Turning that idea into reality is what everyone is not really prepared for.

So, how does it work from here? I have an idea. What do I do next?

First, you write down your idea. Everything about your idea. Make a wish list of everything you ever want in your app, what you want it to do, every single function, every single item, every single thing. It’s important to get everything, because when a developer is making an app, even if they aren’t making a function now, they need to plan for it. You never, ever, ever, want to hear the dreaded words of the app lifecycle – “To do that, we need to redevelop”

So, write it down. It doesn’t matter how unrealistic it is. If you want your app to summon unicorns from into existence that clean your house, write it down.

When you have your whole wish list, you can move onto the next step, identifying the important stuff.

Identifying what your app is actually going to do at launch will help your developer to make the app ready for launch, as opposed to finished. They’ll be able to build your framework and foundations of your app for the summoning of unicorns and house cleaning, and then create something for you that you’ll actually be able to offer to your users. 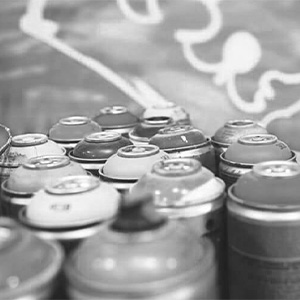 Article Name
Developing an App
Description
Developing an app starts with an idea. Here we look at what you should do with your idea to help turn it into a functioning mobile application.
Author
John Luhr
Publisher Name
DigiGround
Publisher Logo