Do you have any idea how many developers there are in the world? There’s 2 million apps. And apps aren’t that old. Just imagine the amount of people it would have taken to make all those apps.

Now, take a breath and start looking for a developer.

You can find developers all over the world. It’s common knowledge that India and The Philippines have a large number of development companies. There are some big companies in Australia and New Zealand. The US, Canada, Europe. China has a large number of companies as well.

Finding someone you can work with, within your budget, who will meet your timelines is the biggest challenge you will face so far in your development.

It’s really important now to ensure you approach developers with a Non-Disclosure Agreement (NDA) and ask them to sign it before you send your business plan and app idea.

Take all the quotes and proposals you have. Put them all together and read them thoroughly. I have seen app proposals for the same app that range from $10,000 to $150,000. FOR THE SAME APP!

You’ll get so confused right at this point that you want to give up. Or just take the cheapest option. But, please, don’t do either.

The reason the quotes and proposals are so different is because of a few contributing factors. I’ll outline some of them now

1) The technologies. There are so many programming languages, frameworks, databases, servers, and everything else that it’s very rare to be able to compare proposals exactly as is.

2) The multi platform apps. This is something that is confusing. Think of any popular app, and you and your friend have the app. And it’s the same on their Android phone and your iPhone. If it’s a chat app, you can talk to each other, and there’s no difference. But actually, there is a huge difference. Some app developers will quote for what are commonly referred to as “native apps”. This means they are making a single app for iPhone and a single app for Android. And maybe a single app for desktops. Some developers will quote for “hybrid apps” where they make one app and convert it to three. I will discuss this more in a later blog.

3) The source of the developers. See, you might go to a local Australian company. And they’ll talk to you and they’ll meet with you and a person will be happy to answer your phone calls. But this is a salesperson. They might have a team of 1,000 developers located in Nepal who are actually doing the development. It’s important for you to know what you are getting in to.

4) Maintenance. Apps are never set and forget. You can never just make an app, put it on the app store and leave it to generate you millions. If your app is popular, your server and network requirements will grow. Some app developers will quote for this. As people use your apps, bugs will happen. Some developers will quote for ongoing bug fixes. What you really need to pay attention to here is, how long and what cost there is. You’ll need to realise, if your app quote does not include maintenance, and 5 months after delivery you find a new bug, your developer is not really responsible for this. You should have found it sooner. Or, maybe there’s been an iOS update that has some new function that your old app doesn’t support. Or even, maybe a phone will be discontinued, and your app will no longer work on it. Maintenance is something that different app developers will quote different amounts for and also make different promises.

5) Timeline and allocated resources. You see an quote, and the timeline is super quick. Like, they are going to build your app in 3 weeks. Another quote is 6 months. The 6 month one is $200,000 and the 3 week one is $100,000. Why the difference? Timeline is a big factor in quotes in that, timeline also determines the number of developers who will work on your app. 1 developer can do 37.5 hours of work per week. He might take 2 weeks to finish something. 2 developers will work 75 hours per week combined. But that doesn’t mean they will finish the same function twice as fast. Development simply doesn’t work like that. Some items can only be worked on by one person at a time. Some items are what we call front end and some are back end. Generally it’s two different developers doing front end and back end. And some items might require 40 hours of front end and 5 hours of back end (or vice versa). Timelines and allocated resources can make a huge difference to an app quote. And you really want to make sure you aren’t paying for people to either do nothing, or be working on a different project.

So, you’ve got all your quotes, you have compared them all, you found they are all different. Now you need to ask the developers for clarity to make them comparable. Ask about the technologies, the type of app, the source of developers, the maintenance, the timeline and the allocated resources. Build yourself a pool of information that you can compare.

Then, it’s a personal choice. Once you have a real comparison. You can choose the developer you like the best.

But your work doesn’t stop there. You need to manage your timelines and development. That’s what I’ll get into next time. 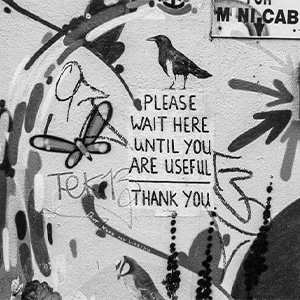 Article Name
Finding a Developer
Description
Finding a developer you can work with, within your budget, who will meet your timelines is the biggest challenge you will face at the beginning of your app development.
Author
John Luhr
Publisher Name
DigiGround
Publisher Logo