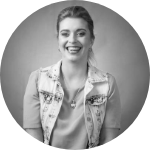 Have you seen Marvel’s blockbusters, The Iron Man series?  You know the one with the very good looking actor Robert Downey Jr? Yeah, now you are with me.  Well consistently through the films, Tony Stark or Ironman (Robert Downey Jr.) is constantly talking to JARVIS: a machine that takes requests from Stark. Stark uses JARVIS all the time as his very own personal assistant to upload information, navigate systems and turn himself into the almighty, Ironman.  Seems like this sort of system is just another supernatural science of fiction seen in blockbusters, right? Well, it might be closer to reality than you think.  Although, we tech nerds don’t call it Jarvis, we call it ‘Machine Learning’.

Ironman of the future

It hasn’t got quite to the stage of us flying around in Ironman suits (yet) but a part of machine learning is becoming a lot smarter.  Machine learning is an application of AI, in which a device teaches itself how to do something, rather than humans teaching it or coding it to do things. The big guys in the tech world including Google, Facebook and AWS are investing massive amounts of money in machine learning. Now, there are products that are becoming more and more popular to the first adopters (peeps who are using new products first).  We even have one of these devices in our office.

This stuff has been around for years but was shelved until other technologies caught up with it.  You know, things like the internet becoming faster or servers such as cloud becoming more customised to the end-user.  Now that we have finally got to this point machine learning products are becoming available on the market.  This is all to make our lives that much easier. But how exactly does it all work?

Google’s machine learning is called Rank Brain.  They use Rank Brain to better a users experience when it comes to search through a tech-term called ‘Deep Learning’.  Don’t let me lose you. Deep learning is a specific type of machine learning which connects the dots between data.  You would have seen it a million times over.  It is that thing Google does when you type in something in search and it finishes your sentences for you (they call it auto-complete).  Google has publicly come out and said that they use Rank Brain as their third most prominent aspect of Search Engine Optimisation (SEO).

Will machines eventually take over the world?

Uhh well not anytime soon. The thing is with machine learning, is that the device can’t make logical decisions for itself. They do not have the common sense that humans have.  A bit like a toddler trying to learn how to walk.  But don’t get me wrong, this stuff is getting smarter by the day.  But there is no need to panic about machines taking over the world.  I predict that apocalypse will come in about 200 years time. So, we do not need to worry (for now). And let’s be honest, something else will probably have taken us by that time.  I vote the current president of the United States.

Mark Zuckerberg (Facebook founder) has created his home to become ‘smart’ based upon machine learning.  Everything is controlled by connecting the dots to make his life easier through smart technology.  Zuckerberg has even named it Jarvis after Iron Man.

So, there you go, you now have a quick glimpse of machine learning and how it is affecting the way our lives are been lived right now.  A great discussion point after a few brews if you are a tech nerd like us at DigiGround.  If you want to know more about how Google’s rank brain can affect your search results, then be sure to get in touch with us today.

Article Name
Google, Ironman and AI
Description
What do Google, Ironman, Mark Zuckerberg and AI have in common? Our Digital Specialist looks at how machines are in the modern world.
Author
Lily Pattie
Publisher Name
DigiGround
Publisher Logo