One Friday afternoon we were introduced to a new common business personality trait that didn’t suit Barbara or Joe. And so Connor was born.

Connor is Mr Blame Game. The guy who can never accept he must be doing something wrong and immediately blames the program he is using, or the software, or even someone else.

The conversation went like this (names have been changed to protect the identities of the unfortunate souls who had to witness Connor first hand).

5:30pm on a Friday afternoon, everyone was shutting down, finished for the day (actually, we were off to a Whiskey Tasting from our friends at The Whiskey List). Everyone had shut down; everyone had packed up when suddenly Connor exclaimed “Someone made mistakes on the webpage that need to be fixed”

Now, being an online business solutions agency, our web page is pretty much our most important employee so everyone in the room dropped everything and quickly turned their computers back on.

Mr Manager replied “Okay, let’s get them fixed quickly, what are they?”

Connor explained that one of the buttons on the contact form said “Sign Up”. Everyone waited patiently for the “mistake” and what the solution was to fix it. Connor then said “And I have submitted my name to the form on two pages and it only came through once”.

Mr Manager looked for the longest time at Connor as everyone held their breath.

Quietly, Mr Manager stated “Did you use the same email address twice to fill out the forms? We have spam protection on our forms.”

Connor’s reply was “I did, but I deleted the name after the first one”

Mr Manager explained “That won’t do anything, our spam protection also has a block to prevent the same IP address and/or email address being submitted through the forms multiple times in a short space of time”

Connor argued “I did it on two different pages”

Mr Manager calmly explained again “Connor, there isn’t any way to trick our spam protector. There is nothing wrong with the webpage”

And then we all shut down our computers again and went on our merry way and had a great time whiskey tasting.

So, what did Connor do wrong? How can we all avoid being Connor?

Connor’s immediate assumption was something outside his control was an error. It didn’t occur to him that something he didn’t have an in depth understanding of was stopping him from making an error.

Instead, he immediately assumed someone else had done something incorrectly. In this case, embedded our forms on our website incorrectly and not linked them to our back end database correctly.

The person that had done the linking spoke to Mr Manager later and assured him that the linking had been done right, and wasn’t sure why Connor would think he was unable to do his job correctly.  Mr Manager assured the technical developer that this was in no way Connor’s intention. He was simply worried about the website (which is Connor’s job) and his presentation of his worry was the thing that was wrong.

We all went back to being one big happy family, and Connor learnt his lesson. Now, instead of making a big loud claim that someone else has done something wrong, he’ll actually think about it first, and perhaps approach the responsible person and first explain the situation before asking a question. Something like this:

Hi there, I just submitted my details through the website to test the form. I submitted them once and deleted myself, then submitted them again on a different page. Only the first one came through to the database. Is this meant to happen, or can you check if something has blocked my second submission?

Remarkable difference from “Someone has made mistakes on the website” wouldn’t you agree?

So, don’t be Connor. 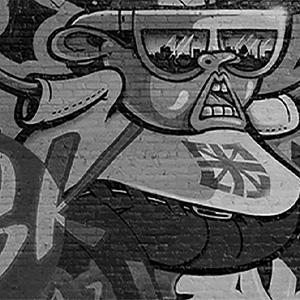 Article Name
Meet Connor. Don't Be Connor.
Description
Meet Connor. Connor is Mr Blame Game. He usually blames everything else before he accepts he is to blame. Do you know a Connor?
Author
John Luhr
Publisher Name
DigiGround
Publisher Logo