This week the team was introduced to the new team member Joe. He isn’t real, but he’s a good example of where projects can go wrong. See, Joe is the bane of all project management. He can make a whole project breakdown just by bringing his thoughts and opinions in at the completely wrong place, making the other people completing the project start to doubt themselves and think they need to fix something that isn’t broken.

It goes something like this. You start a project with Kelly, Billy, Damien, Harry and Sally. Kelly allocates the tasks required to finish the project successfully, and the deadlines they need met to complete the project on time. The team meet their first three deadlines and the project is running incredibly smoothly.

Joe was away on the day the project was being organised. He missed the original project pitch, briefing and organisation. He doesn’t understand the client needs and he doesn’t have any idea of what happened so far in the project. One day he is talking to Billy, and Damien walks over and politely interrupts. He starts to ask Billy a question in front of Joe about the project. At this point, a week in, three deadlines met and halfway through the fourth task, he finally becomes aware of the project.

Joe proceeds to suggest something completely different. A completely new concept and convincingly argues why his idea is better. Billy and Damien start to doubt themselves and take the ideas to the rest of the team. A meeting is called between Kelly, Billy, Damien, Harry and Sally, and they invite Joe. He pitches his idea sowing seeds of doubt in the project team’s minds. They start to listen to Joe and come to me telling me they’ve done everything wrong and need to start again.

Okay, so I am the only real person in this actual story.

I patiently listen and then politely explain to Joe that actually, he’s got no facts. He’s got no proof. Actually he doesn’t really have an idea. See, none of the team know if Joe’s idea is better. All that really matters is they are half way through a project that is going well, and Joe has interrupted the process. In effect, Joe has now started to cost the project team time.

Joe can be a strain on any project. He can create arguments where there is no need for one. What Joe really needs to understand is, if he has input, if he has an idea, even if his idea is better, it actually needs to be presented at the beginning of a phase. And can only refer to that phase of the project. Because, once the project has started, changing it half way through is actually way worse than delivering a different unproven idea on time. Joe’s ideas can easily be filed and used in the post project wrap up, or a different later project, or even when you are updating your current project.

But Joe’s ideas and thoughts really have no place half way through a project. So, don’t be Joe. Instead be someone who knows when and how to present ideas and plans at the appropriate time.

DigiGround is never Joe when you need your project done. There is no one named Joe in the DigiGround team, and we’ll never be Joe when we’re working with you. 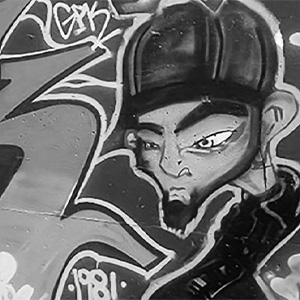 Article Name
MEET JOE. DON'T BE JOE.
Description
Joe, is the guy that adds his input to a project when it's too late or most annoying. Find out how to manage a Joe or avoid becoming one.
Author
John Luhr
Publisher Name
DigiGround
Publisher Logo