Skip to content
SOCIAL MEDIA
THE GRASS IS NOT ALWAYS GREENER

The Grass Is
Not Always Greener

The Grass Is
Not Always Greener

Sometimes you can make the wrong career choice because of rash decisions. When I was 19 years old I changed my job for the sake of it. It was the wrong choice at the time.

I don’t regret it now, but I still could have handled it differently. See, a friend of mine was a supervisor at an I.T. Supplier and they were updating their database. He offered me a temporary contract to come and help them build the database. I was avidly interested in becoming some kind of I.T. guy (it was around this time I studied a Diploma of I.T.) and so I took it.

When I spoke to my manager at the company I was working at, they were not really happy. I was an accounts clerk for an engineering firm, and they told me they had planned to offer me an education package and pay for me to further my career in the accounts field.

I wasn’t really interested in becoming an accountant so I didn’t take it. In response, they offered to salary match. I didn’t accept that either. Maybe if they had of offered a higher salary I might have taken it. I am not sure now.

And so I left the company. I moved to my new job to help them “build” their brand new database, on a temporary contract, expecting my friend to get me a long term I.T. job. So here’s what happened.

The grass is greener, or is it?

A day after I started at the new job, my friend left in a bad way. What hadn’t been explained to me before starting was that my new job was purely manual data entry from their old database, into their new database. This was the exact same thing I had been doing at my old work. Manual data entry. There was nothing I.T. involved. There was a bunch of short term hires doing the exact same thing.

In other words, I had no real chance of a long term I.T. job, and I moved to a new data entry job with no prospects.

The commute was extreme. One long train ride, 2 buses. So, I had to leave home an hour earlier than I had for the previous job. I lasted a very short time and then finished up there and moved on.

What did I learn? The grass is not always greener. And actually sometimes, when you go to where the grass is supposedly greener, you may have to travel a long time to get to work. Like I did.

I don’t regret leaving my job at the engineering firm, I never really wanted to be an accountant. But I do regret going from something I was super good at to a high risk job.

Read about my My First Job Ever and the valuable lessons that I learnt, that could help you too. 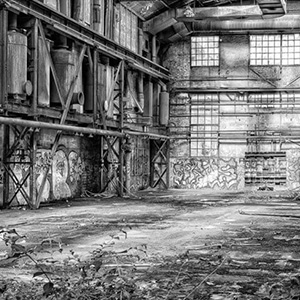