What You Can Learn About
Marketing From Deadpool 2

What You Can Learn About
Marketing From Deadpool 2

Deadpool 2 proves that sometimes, too much marketing is the right amount of marketing.

The movie’s marketing has been everywhere. Train stations are filled with posters, and buses are covered with wraps featuring Deadpool’s backside in red spandex. Deadpool tweeted during The Bachelor premiere and even had his own Tinder profile. No ad break goes by without hearing Deadpool talk directly to the viewer. The movie is everywhere, and it’s like nothing we’ve seen before. The marketing works because it retains the movie’s irrelevant spirit.

It’s nothing if not fresh. Rather than using the same tried and true marketing strategy as Avengers, Deadpool 2 chose a different direction. And it works with those of us who are aware of advertising and get easily bored. The jokes used in the advertisements are aimed at a specific audience without alienating anyone who wouldn’t see the movie anyway. Often, humour in advertising is a huge risk. But the Deadpool 2 advertisements work because their humour is reflected in the movie. Their ads were targeted, talking to specific events like Christmas and Mother’s Day, rather than just being a repetitive noise.

What you can learn about marketing from Deadpool 2

Don’t disregard a marketing strategy just because it isn’t ‘in’ right now. If your marketing idea is unconventional, defies common sense but works for your brand, then consider using it. Unconventional marketing strategies can gain attention just because they’re unconventional. Drawing away from the norm can be a great way to define your brand and stand apart from your competitors. Think of your craziest idea, tweak it a little, and it might just work. But be careful, because most businesses can’t work with the same freedom as Deadpool’s marketing team.

Sometimes an idea can seem counter-productive for your business, but if you can make it work for yours – go for it. If there are boundaries to break, work out how far you need to go to get the effect you want. And remember, your marketing can excel even in a crowd of competitors if your content is well-timed and of high quality. 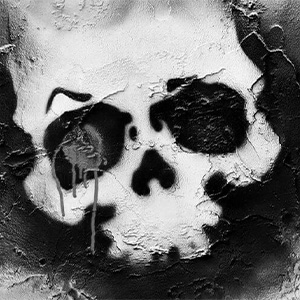 Article Name
What you can Learn about Marketing from Deadpool 2
Description
Deadpool 2 proves that sometimes, too much marketing is the right amount of marketing. The movie is everywhere, and it’s like nothing we’ve seen before.
Author
Ivy Buddee
Publisher Name
DigiGround
Publisher Logo