Service versus Quality? I often hear people complaining about one or the other, and how it determines the choices they make. It’s an age old conundrum that most businesses can’t solve. You see, boosting either usually means an increase in cost, which means an increase in price, which means it becomes more difficult to sell. Because, everyone in the world wants the best item at the cheapest price with the best service.

Well, to give an example, where I used to live there were two chicken restaurants about 6 doors apart from each other. Both would charge the same rate for a meal. Both had dine in and take away service. Both had pretty much the exact same menu.

The first had absolutely fantastic food. Actually, it was pretty well known in the area. No matter the time of day, they’d have a stack of customers. But, they always had excessively long wait times for takeaway and the staff were often stressed and rude. The owner never wanted to increase staffing because it was going to drive his prices up which would mean he would probably lose business to the other shop up the road.

The other had absolutely fantastic service. There was an over abundance of staff there ready to help you out as needed to service your every need, to wait on you and make sure you were enjoying your time there. The food was served almost immediately on takeaway orders. But, of course, you guessed it, the food was terrible. The owner never wanted to improve the quality of the supplies he was buying or get a better chef because again, it would drive prices up and he would probably lose business to the other shop up the road.

It was always strange to me that there was no happy medium. Both of the restaurants did good business for different reasons (If you needed a super quick meal, you would go to one. But if you wanted something fancy and nice, you would go to the other). Both lasted a long time and are probably still there today.

I actually found my answer when another similar restaurant opened up around the corner. It was actually middle of the road food with middle of the road service. I usually ended up going there because I wouldn’t have to wait too long, and the food was entirely edible and pricing was the same as the other two places. But, it quickly closed down.

I asked him if maybe he thought he could have reduced price and then he would have been able to have a USP. But, he told me something I will always remember. Cheap is not a USP. It’s just a value. If what you are selling is cheap, it means everything about it is cheap, even if it’s not true. In the case of the chicken restaurant, it would have given the perception that the food tasted cheap, and the service was cheap.

So, I learnt something that day. Actually, there is no conundrum. The answer is, you can either pick one, or the other, or both. As long as you are not cheap.

For more blogs and marketing advice, get the scoop and stay in the loop with DigiGround’s app. 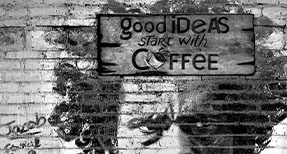 Article Name
Service vs. Quality
Description
What is more important Service or Quality? We discuss the difference, and the pros and cons using a real case study to help you with the answer.
Author
John Luhr
Publisher Name
DigiGround
Publisher Logo