What If Clickbait Headlines
Aren’t So Bad?

What If Clickbait Headlines
Aren’t So Bad?

Clickbait headlines. Sometimes they’re clever. Often, they’re misleading. All the time, they’re distracting. And these days, you can barely browse the internet without stumbling across them.

What if clickbait headlines aren’t so bad?

I’m not entirely sure where they first began, but in recent years, clickbait headlines, the likes of which can be found on Mamamia, Elite Daily and even Buzzfeed, have now become commonplace in headlines. It gets a pretty bad rap, but when done correctly, it can be an effective way of getting users to take notice and give you their attention.

Clickbait can help you gain a lot of audience interest, with little effort other than putting a creative headline on an otherwise mundane topic. Head over to BuzzFeed for good examples of these headlines. Of course, BuzzFeed didn’t invent the idea – they just happen to do it better than everyone else. Some of their titles may not be something you’d want to use on your own website, but by looking at their headlines, you get an understanding of why clickbait works, and how you can adapt it for our website.

Doing it the wrong way

You’ll get a lot of curiousity clicks, but that’s not what you want for your website. What’s the point of getting thousands of curiousity clicks if most of them will only result in a high bounce rate? Unless your clickbait headline is supported by content that resonates with your readership, it is unlikely that those clicking on your link will stay for longer than a couple of seconds.

Clickbait gets a bad rap. This is because we’re all on high alert for the wrong kind of clickbait. You know, the type that tries to sell us scams. That’s why clickbait has a negative connotation. But it’s not all bad.

If you believe that your content can help others, it’s your obligation to get it to them. In that case, using clickbait isn’t wrong. There’s a reason people have been using it for decades: because it works. It uses the psychological patterns users already look for, and gives them exactly what they want – when they want it. 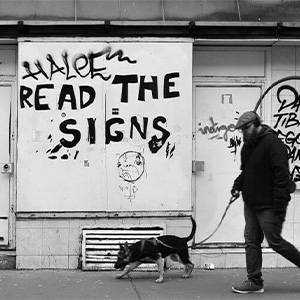 Article Name
What you Need to Know about Clickbait Headlines
Description
Clickbait headlines. Sometimes they’re clever. Often, they’re misleading. All the time, they’re distracting. And these days, you can barely browse the internet without stumbling across them.
Author
Ivy Buddee
Publisher Name
DigiGround
Publisher Logo