Sales or marketing, who’s to blame?

Sales and marketing are a lot like Sydney drivers and Sydney bike riders. They are part of a self-perpetuating cycle of hatred and loathing where neither will admit they are in the wrong and both will always blame the other for their problems.

See, both have a right to the road. Laws (policies) have been made and passed and changed and re-changed and construction (system development) has been done to help with both.  Police and Government (management) have worked towards a system where both are able to function in society (the workplace) and generate a happy place on the road (revenue).

BUT (and it’s a super big but) often when something is going wrong, neither will work together to make sure that the problems are fixed. Instead, they act a bit like Connor and straight away move to blame the other one.

Sydney was not always a bike friendly place like it is today (bike riders will tell you it’s still not bike friendly, but go back a few years ago and there were no such things as bike lanes).  In fact, it was near impossible to ride a bike from point A to point A, let alone to point B. I used to, in my days of youth, ride between Petersham and Kensington semi regularly. It was hazardous and insane riding along roads, in particular, through Newtown and Alexandria was extra scary. I wasn’t protected by so many laws like riders are today and I definitely had no right of way for anything. And, everyone was in the same boat. So, things happened, people were hurt, cars were damaged, complaints were made, lobby groups were formed, government got involved and everything changed for the better or worse.

Welcome to sales and marketing.

When there are accidents, who’s fault is it? Riders will tell you it’s the car drivers, car drivers will say bike riders. But in reality, the self-perpetuating cycle that is the blame game, is the one that is at fault.

If sales and marketing teams communicated properly and worked together to analyse the statistics and processes they are both going through, there would be a much higher change of improving conversions. Instead, both teams will complain to their respective managers about the poor abilities of the other departments.

On a personal note (I know everyone loves personal stories), in a previous role I had, we had been generating leads and outsourcing the sales to an external sales team. The sales team was converting well, but the cost of acquisition was quite high. So, we began to build an internal sales team and match them against our external. We hired two sales people and they began selling on the same leads. I worked directly with the two guys to build the sales system and we were running successfully at a high conversion rate. Actually, they worked incredibly well together. One of them was a gun from converting lead to opportunity and the other was a gun at selling opportunity to order, so whenever they encountered issues with a conversion, they’d tag team the other in.

So, because of this success, we decided to bring in a full time sales manager and a whole team. And this is where the trouble started.

First, with the new sales team members. Some of them wanted adjustments made to a working system because it “wasn’t like where they used to work and where they used to work was better.” When they were not able to convert as well as they used to, they blamed the system. The manager fought tooth and nail to get the system changed, which in the end we did. The original two guys started to lose their conversion rate because now their working system and processes were changed. BUT, the new guys improved so it all evened out.

Only, it didn’t really. See, the overall conversion rate was nowhere near as high as it had previously been. So, what they really needed was volume. As a result, the finance department had to increase targets, but the sales team were unable to meet targets so they started to blame the leads. At the time, I believe the Cost Per Lead (CPL) was about $130! But the previous conversion rate and volume was justifying it.

Firstly, the new sales team were wanting more leads. So the marketing team had to adjust their lead buy to water down the quality of leads which gave the sales team more leads. The sales team then complained about the quality of leads, and the marketing team adjusted their leads again, and the cycle perpetuated. Sometimes in the space of a day a lead source would be signed up, they’d send leads, and the source would be dropped.

So, the communication lines were dead, adjustments were being made on the fly, and no one was converting anything.

The finance team, the CEO and myself all had to get involved. We went back through a year worth of leads, cost, sales, conversions and every other buzzword and number you can think of. We traced things and looked at graphs, we listened to phone calls and read emails, we basically rebuilt from the ground up something that only a short year ago had been functioning near perfectly with a small team.

Lesson learned for me. Sales or marketing? They’re basically the same thing. If they don’t work together, they’ll achieve nothing. If they communicate and help each other, we’ll have safe roads for everyone. 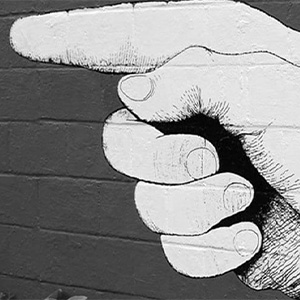 Article Name
Sales or Marketing?
Description
Sales and marketing are a lot like Sydney drivers and bike riders. Part of a self-perpetuating cycle of frustration. But who is to blame? Find out here.
Author
John Luhr
Publisher Name
DigiGround
Publisher Logo